Create an Account - Increase your productivity, customize your experience, and engage in information you care about.

Corman Park borders the North Saskatchewan River on its north west corner and the South Saskatchewan River runs through the north east to south west areas. Both the Meewasin Valley Authority and the R.M. have an interest in protecting and enhancing the river valley, a positive working relationship between the R.M. and the M.V.A. has been established.

In addition to the City of Saskatoon, major communities within the Rural Municipality of Corman Park include Martensville, Warman, Dalmeny, Langham and Osler. Corman Park offers a great lifestyle for its residents where you have the ability to live in close proximity to an urban centre, while having a larger tract of land to site your residence and enjoy outdoor activities.

The Rural Municipality of Corman Park was established in 1970 following the amalgamation of the three smaller rural municipalities of Cory, Warman and Park. The R.M. of Cory was a nine township municipality which surrounded the City of Saskatoon and was a desired location for country residential development, industries with requirements for close proximity to a major urban centre as well as traditional agricultural uses.

The R.M. of Warman was a predominately agricultural municipality and this area of the municipality north of Saskatoon continues to contain the largest concentration of dairy farms in the province.

The R.M. of Park was also predominately agricultural in nature with grain farming and the P.F.R.A. community pasture located in this area.

The Beaver Creek Conservation area, and the many beach access and canoe launches that take advantage of the South Saskatchewan River are a major source of recreation and conservation. The extension of the Meewasin Trail into the Municipality will further enhance the ability of the people in the region to enjoy this resource.

Wanuskewin Heritage Park, located in the municipality north of the City of Saskatoon, hosts a number of cultural events and exhibits throughout the year.

Agricultural tourism uses include The Berry Barn for fabulous food and scenery and the dinner theatres which take place throughout the year at the Barn Playhouse.

The late Gordie Howe was born on his family’s homestead located at the NE 14-35-4 W3, within what is now the R.M. of Corman Park. Following Mr. Howe’s passing in June of 2016, the R.M. Council decided to investigate ways to honor Gordie Howe, “Mr. Hockey,” within the R.M.

Upon further research, it was discovered that Gordie Howe’s homestead, where he was born and resided for 9 days, was located on the N ½ of NE 14-35-4 W3 in the community of Floral, SK.

With this discovery, the R.M. of Corman Park resolved that Range Road 3041 leading to his original homestead be re-named to “Gordie Howe Road”.

To commemorate Gordie Howe’s birthplace, a monument consisting of a stone with a plaque embedded within was erected on site on 0.25 acres of land located on the N ½ of NE 14-35-4 W3.

On June 10, 2019 a dedication ceremony was held at the Gordie Howe monument. 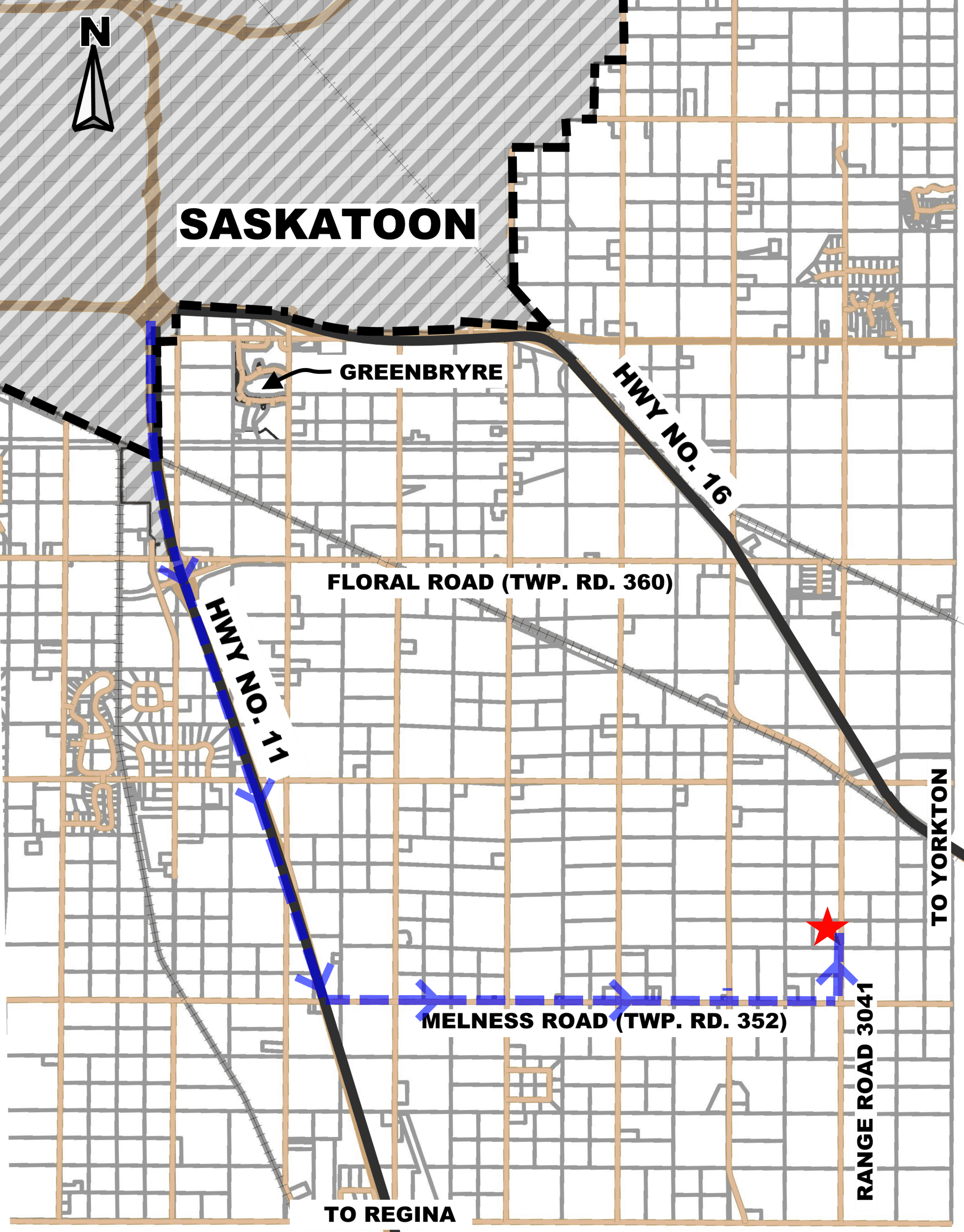 Education and recreation facilities are situated in each of the urban centres within the Municipality. The residential construction activity in Corman Park complements what is available in the City and Towns, such as five and ten acre parcels, which can not be duplicated in the urban centres.

In addition to the RCMP, residents are served by a well-qualified, professional police department, with four officers and one auxiliary officer. There are also a number of active Crime Watch community groups in the R.M. Fire fighting services are provided on a contractual basis with the fire departments of the City of Saskatoon and the towns within the R.M.